The Green Fingers Project delivered a Small Pits, Big Ideas Archaeology project over October half-term for three days. The project was delivered in partnership with Worcestershire Archaeological Society, Worcestershire Archive & Archaeology Service, the University of Worcester and supported by Carenza Lewis (formerly of Time Team!) and Councillor Rob Adams who kindly let us use his farm as a base for the two days. The project was an amazing opportunity for the young people to be involved in as it was a real archaeological dig and all finds will contribute to important academic research.

The three days was split into two different activities. The first two days we were on the farm and at our test pits in the village of White Ladies Aston. On the third day we were at The Hive cleaning and archiving the finds.  The Hive, Worcester is home to all recently excavated finds recovered by Worcestershire Archaeology. The young people had a talk from a historian about Roman pottery so we could learn all we could about our finds. We found items such as pottery shards, clay pipe stems and iron nails all attest to the presence of past village residents. An interesting early find, from Test Pit 4, revealed that cheese was probably made at that house several hundred years ago. Throughout the day we were visited by several Worcestershire County Councillors, who enjoyed finding out about the project and, in one case, had a go at finds sieving!

As the project was so successful and the young people had such an amazing experience we are planning to deliver the same project in the Easter holidays next year. On Tuesday 10th – Thursday 12th April, so if you think you might be interested in archaeology it would be worth registering your interest now. 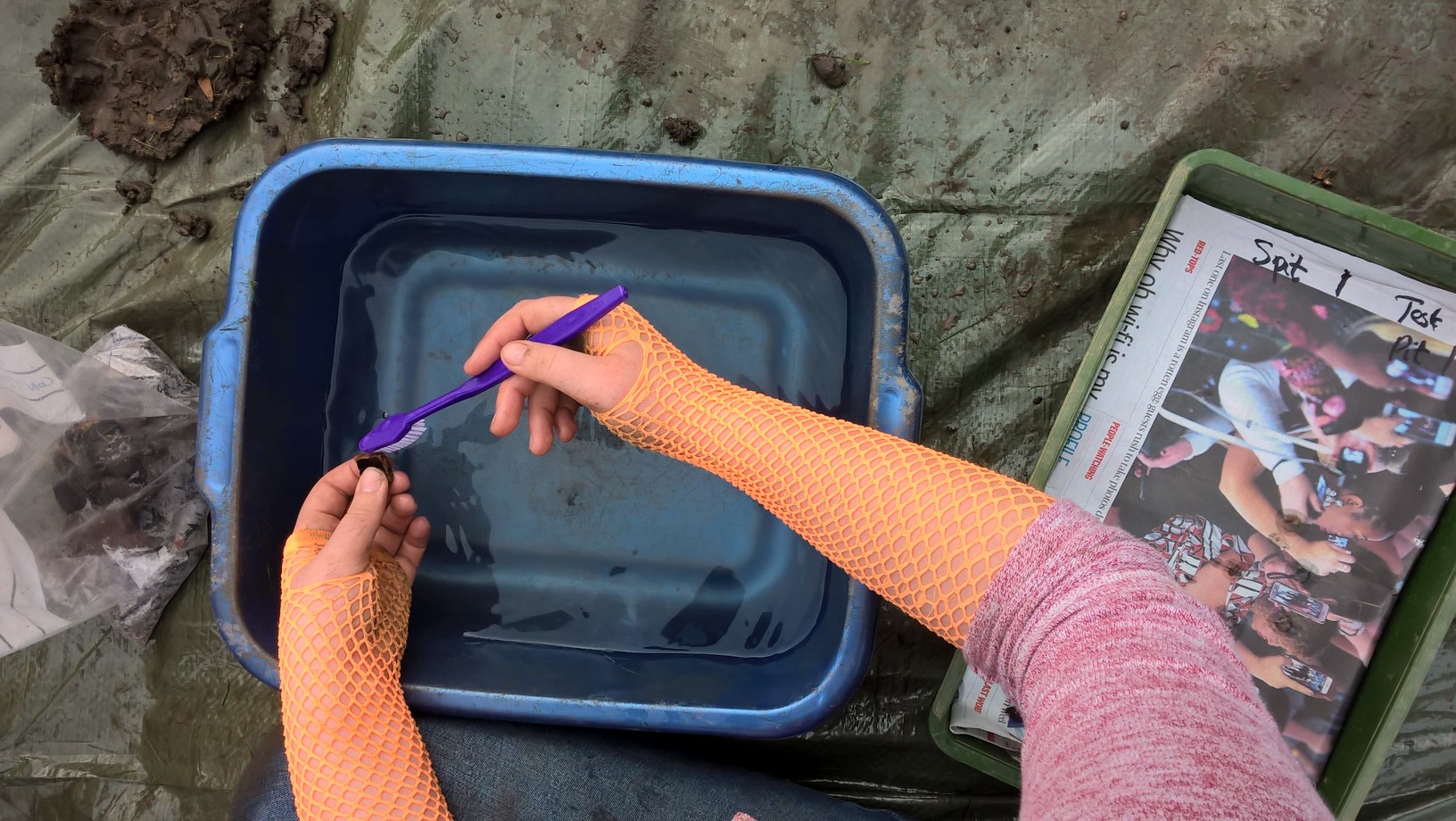 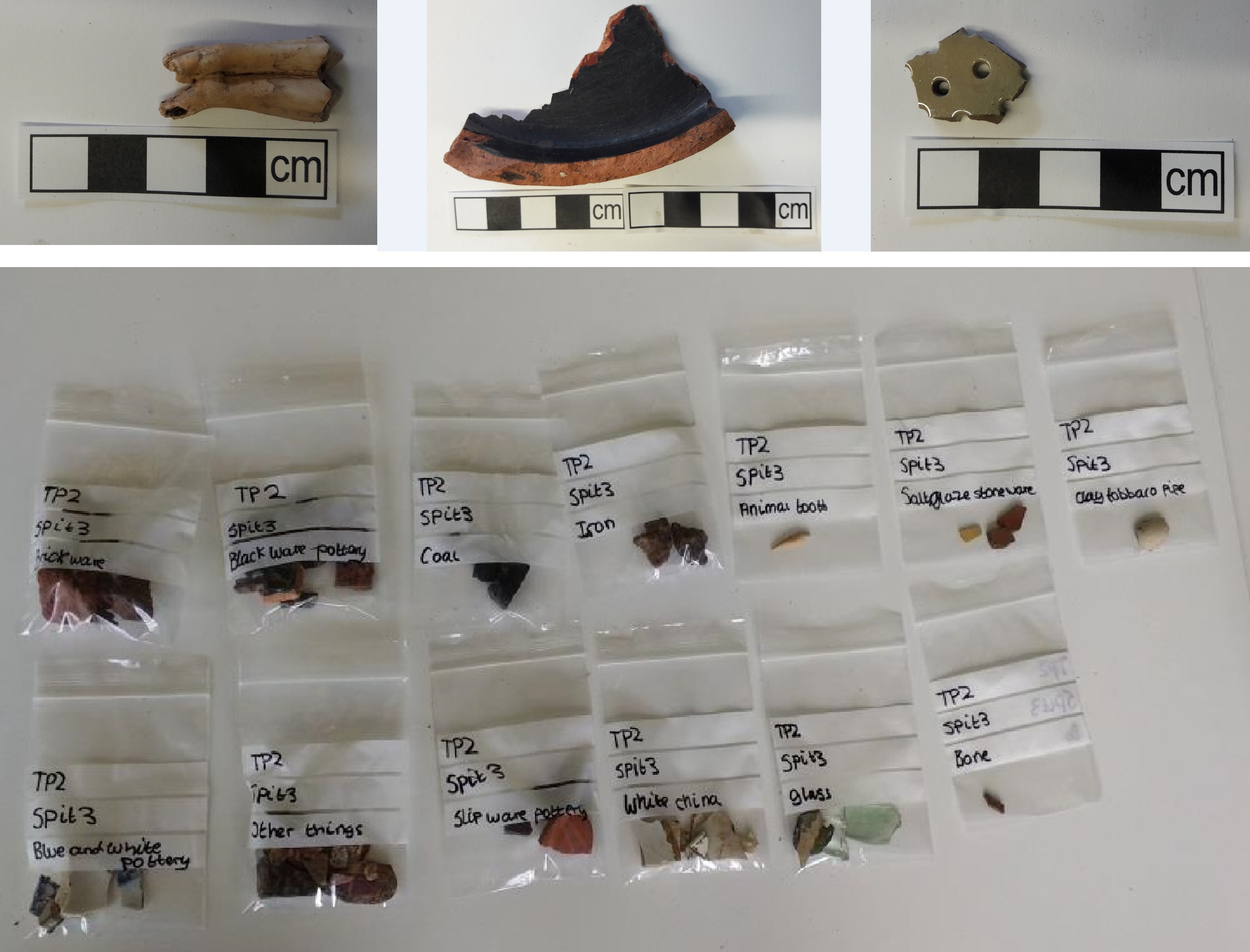 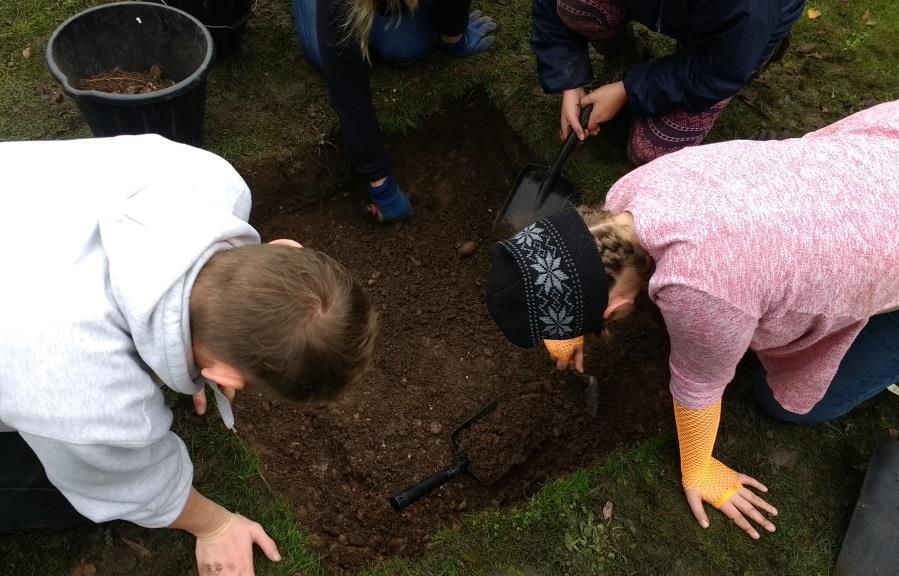